Home » Video » Platon Karataev : "We try to speak about the most universal but at the most personal level" 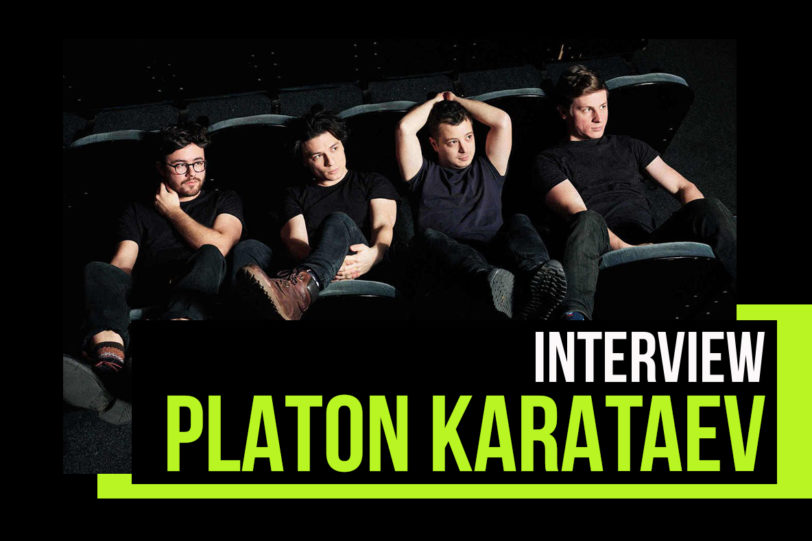 Atoms, Platon Karataev’s second album, is one of the most striking records of this first half of 2020. The musicians tackle complex themes, as intimate as universal, in depth and with a rare intelligence. Through metallic folk tracks where the epic squabbles with poetry, they question themselves. Who are we really? How can we know ourselves and others without judging? How can music help us in such a demanding and never ending quest? As listeners, we add one more question: how did these songs come about, as beautiful as the night and as strong as our thoughts? With the help of Gergely, one of the two singers and guitarists, we tried to get a closer look at their music.

La Vague Parallèle : You’re kind of unknown here in France for now. The first release of Platon Karataev is Orange Nights in 2016. How long has the band been existing? What’s its origin and where do you all come from?

G: We were childhood friends with Sebő, we played football at the same club when we were 10 years old. Later Sebő stopped playing on a competitive level, so we did not meet for a while, but years later our similar taste in music brought us back together. We started the band in 2016, with Soma on drums, who played and still plays in Galaxisok, a famous underground band in Hungary. Our bass player Laci joined us in the beginning of 2019, after András, the former bass player leaved due to family reasons. We all live in Budapest, Sebő and me are psychologists, Soma is a curator in an art gallery and Laci is a teacher.

LVP: Atoms is a very profound and kind of dark album where you are questioning yourselves about a lot of stuff. Who are we, really? How to be one’s true self?

G: These are the questions we ask on this record, but we did not have an answer for that. There are so many layers on us, it is hard to make even the first steps to search for our innermost selves. For me two elements are helpful in “diving”: silence, and songwriting, or the creative process in general. A few times I had the chance to experience everything in their pure form of existing, without any distortion or any layer altering them. It is impossible to speak about these things with words, but I felt a great unity  – so what I believe in are true encounters, both with ourselves and others. If I gaze into myself, I also see others, and if I truly encounter with others, I’ll see myself more clearly, too.

LVP: How would you explain the evolution of your music from For Her to Atoms?

G: For Her was more like an acoustic album, with most of the inspiration coming from British and American folk roots. I think we developed much both as a band and also as songwriters, and we now have more tools in our hands to express ourselves. Noticing that catharsis is one of the most important elements of the new record, we changed the acoustic sound to a broader, heavier one. Atoms is much different than the first record, but I believe that the cores of the songs are the same. Also, we do not want to repeat ourselves, we would like to experiment with new sounds and explore new ways in creating, so we do not want to categorize ourselves in one genre. We’ve already come a long way but I hope that it is still the beginning of our musical journey and I really hope we will create a lot more exciting things, even things we can’t see now.

LVP: I think there is a real complicity in how the music is played in your songs by all the members. How do you write, compose and record your songs as a whole band?

G: Usually the first ideas come from my or Sebő’s bedroom. These are the cores of the songs, I wouldn’t even say that we write them intentionally, it is probably better to say that they happen with us, the control is not in our hands. After these first rough versions we take them to the rehearsal room, and make the arrangement for the song as a band. The lyrics also “happen” any time during this process, sometimes the whole song emerges from one word, sometimes the last lines are written in the studio on recording day.

LVP: It’s hard to tell if your music is composed on the moment like very naturally following a feeling you have/a recent experiment in your life or with a lot of reflexion before writing it down. How is it really going?

G: You asked such a good question that the answer could not be better, we have songs from all these backgrounds. Every song is different and has its own story, but the roots are basically what you just listed here.

LVP: To what extent are you the music you are composing?

G: It is hard to tell as the borders are thin and misty here. It looks like we are writing these songs but as I mentioned, they are just happening to us, we also do not really know where they come from, but we are searching for the place of their origin. To speak about the most universal – but at the most personal level, that is what we seek to do. To dive into ourselves so deeply, that we exceed the individual level, and contemplate in the collective unconscious. What we see there is beyond words, but we try to transform these perceptions into sound and words, although it won’t be the same, as it gets distorted even by the fact that we want to express it somehow.

LVP: What was the book, or the books, you read that marked you during the two years during which you composed Atoms? And how?

G: The lyrics are really important for us. Our aim is to have thick lyrics, dense like poems, they still remain lyrics in the end as the words stumble on their own without the melody, and vice versa: both elements lean on each other. Literature has a huge impact on our lyrics, we do not deny that. We often draw from other sources when we try to express something and feel that our tongues are numb but others’ are still floating weightless. The Bible, Rumi, Pessoa, Nietzsche, Keats, Kundera, and Shakespeare have their marks on this record, in terms of Hungarians, Pilinszky, Weöres, and Hegedűs are the most important references. They are huge inspiration for us as they could phrase the truth as accurate as language can bear. It is very humbling to realise that we can stand on the shoulders of these spiritual giants.

LVP: What is the subject you want to talk about regarding your music but that people never bring in the conversation?

G: That we know that we are not reforming music, neither sonically or lyricaly. This cultural era has its marks definitely on what we make, only a few are given the special ability to step out of it. We are at the beginning of a really long journey, what I can say now is that our goal is to dive into a song as deep as we can without paying attention to others’ expectations. We write these songs because we don’t have any other choice, it is like breathing for us, and it is a truly amazing experience when we see that they resonate with people on a really deep level.

LVP: What image of you would you like to give through this interview?

G: I try not to give an image, although I’m aware that not giving an image is an image too and it is hard to step out of these ‘games people play’. Image is also a layer on us and I also make the mistake sometimes that I give too big meaning to it. I’m speaking now as a musician, so let the music speak instead of me.

LVP: What is the best moment or situation to listen to Atoms?

G: As it is a concept album and it has its own arc, it is definitely better if you listen to the whole LP in one go, not just to the songs separately. It’s more like a gaze into our inner selves, so it’s not background music. It’s good for a late night walk or when you sit alone at home in the dark with closed eyes. Or when it’s raining and you don’t have an umbrella, so you hide in a doorway for a while having a small pause in life and you just watch this absurd entropy surrounding us. Maybe when the rain stops but the album hasn’t finished yet you stay there in the doorway till the end.

LVP: You’re far away from us, can you give us your favorite Hungarian band of the moment?

G: The Hungarian underground/indie scene is really vibrant and inspiring, here is a list of some of my favourite bands from all sorts of genres: Middlemist Red, Mayberian Sanskülotts, Fran Palermo, Mordái, Bohemian Betyars, The Qualitons, and Gosheven are definitely worth checking out, but of course there are much more! 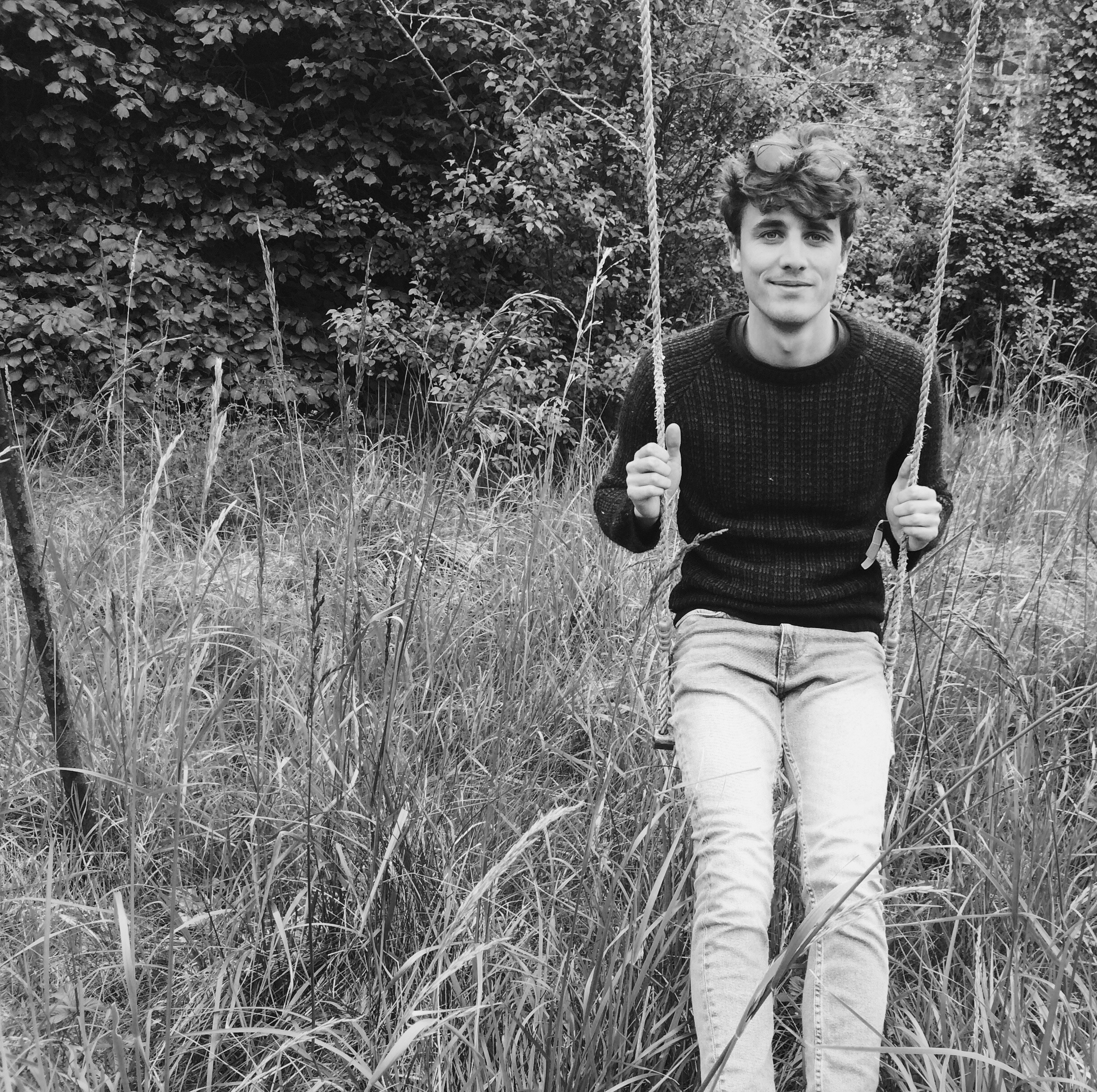 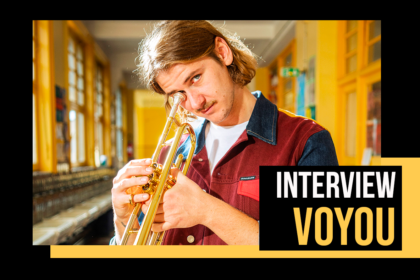 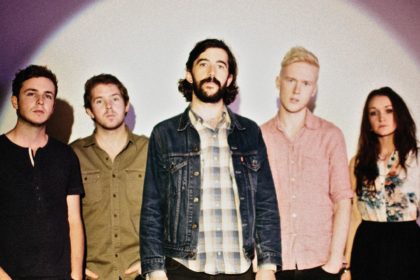 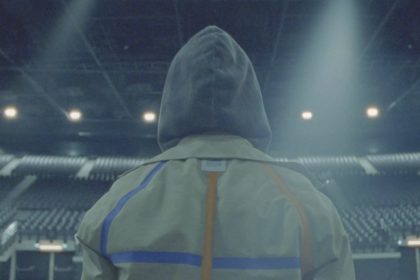 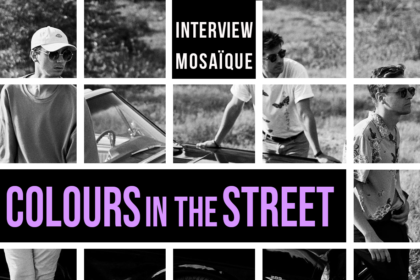 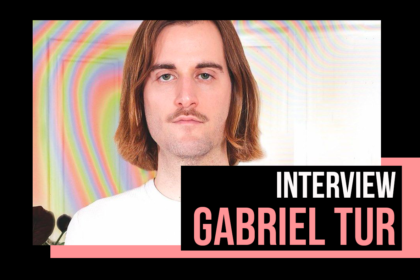 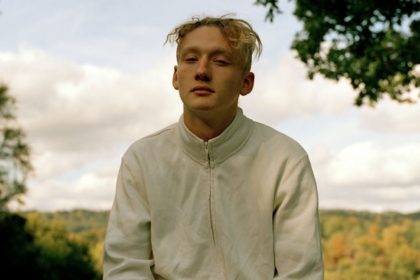 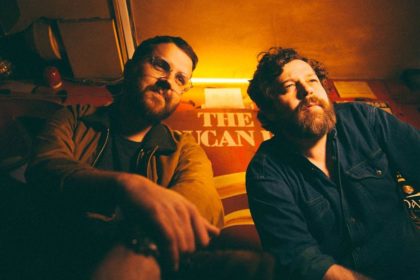 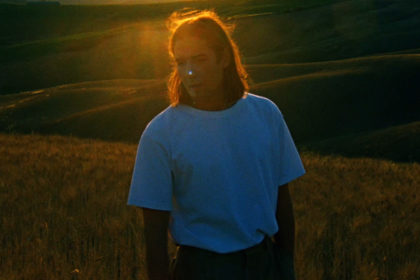 On vous l’a déjà dit : on a beaucoup aimé le