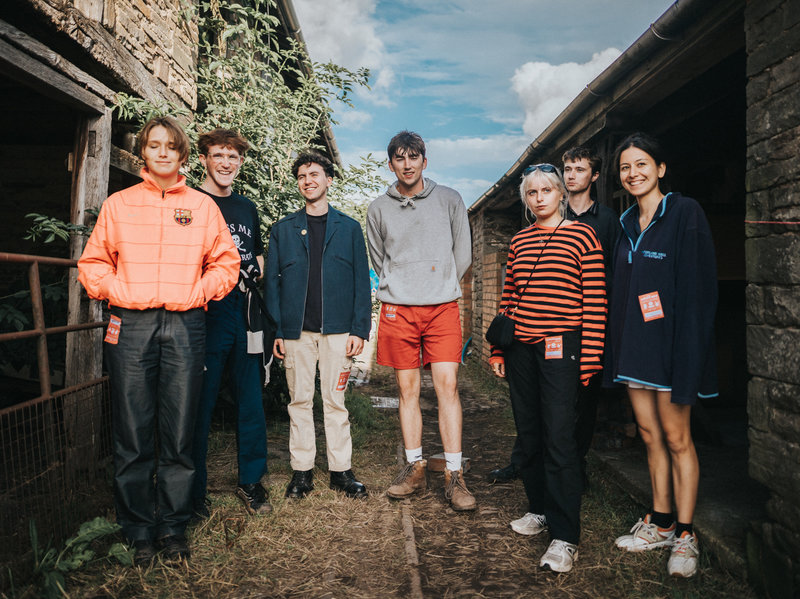 It can never be said enough, South London has become one of the most fertile grounds for the British rock scene. In just a few short years, bands such as Squid, Shame, Black Midi and Goat Girl have given a dying punk-rock genre its rightful place. Temple of this new free and protesting current, the Windmill, a shabby pub in Brixton, has seen several emerging bands parade through its walls to give undoubtedly the most exciting rock lives in the city. Latest in date but certainly not in terms of talent, the Black Country, New Road, still give a new breath to this boiling scene with their first album, For The First Time, released on the mythical label Ninja Tune Records. Since 2019, the young foals of the unavoidable Dan Carey have come a long way and confirm more than ever their place of choice in the very demanding ecosystem of indie rock.

For The First Time is not a conventional record, far from it. If Black Country, New Road imposes itself for many as one of the most talented bands of these last years, it’s still a cleavage. At the first listening, you will certainly be confused. Total indifference, misunderstanding, disdain or adoration? In any case, it will take a little time for your ears to grasp and digest this complex and sometimes unsettling music.

There are seven of them. Seven friends with markedly different musical horizons, whose fusion has resulted in a fascinating and unclassifiable experimental collection. It certainly contains elements of art rock, post-punk, free jazz, and even Jewish folk music (Klezmer), but reducing this outstanding work to fragments of influences does not really do it justice because it is in its entirety that it makes sense. What is striking in this music is first of all the completely anarchic intensity of the sound, which contrasts with the very young age of the members of the group. But as you listen to it, everything seems to become clearer. Behind this intensity hides an uncomplicated freedom, an almost insolent ardour, characteristic of a youth in turmoil which apparently has no interest in creative immobility. At the heart of this joyful troupe, it is difficult to overlook the singer, lyricist and guitarist Isaac Wood, whose intense and roaring voice bewitches us. This goldsmith of language sublimates the sprechgesang (spoken-sung) by enunciating with sarcasm texts with shocking interjections and often of a dark gravity; quite bluffing for a young man of 22 years old!

As for the six abrasive tracks that make up For The First Time, they give us food for thought and it’s nothing to say. The Londoners deploy in this first opus an ardent and implacable creativity without really caring about the length of the tracks. At first glance, one could take these long, convoluted instrumental sections as improvisation, but that’s not the case! The structures of the pieces, although largely non-conformist, are meticulously chiselled. Electric guitars, bass, keyboards, drums, saxophone and violin intermingle with relevance and inventiveness to blaze like a bonfire. In this first record, the Black Country, New Road leave nothing to chance, but they try to retranscribe a live dimension, because it’s on stage that their music is sharpened.

The opening title, soberly entitled Instrumental, catches the listener off guard with its predominant Klezmer influence that brings an almost carnivalesque tone to the ensemble. An Afrobeat-tinged rhythmic loop, violin and saxophone themes that are both melancholic and haunting accompany us throughout this five-minute crescendo-shaped introduction. You’ll have to go with the Canadians from Godspeed You! Black Emperor with their title Mladic to find a similar folk theme associated to post-rock sounds.

Released in 2019, the title was partially rewritten and rearranged for the album. The new version features jazz layers and ends in a less apocalyptic way. The interpretation remains intact, with an almost acerbic Isaac Wood ironically depicting certain aspects of modern society.

Discordant and oppressive, Science Fair is a track where the sonic complexity of Black Country, New Road reaches its peak. The unhealthy tension rises a notch every second, punctuated by gusts of noisy guitars and a Wood‘s narration always so anguished and sinister. After three minutes, the track turns into a cacophony that is on the edge of audibility, whose chaotic intensity takes us back for a moment to the end of the 60s at Silver Apples with tracks such as Velvet Cave or Dancing Gods.

In ten minutes, BC,NR once again manages to disorientate us. Distorted guitars open this new version before the soothed drums emerge from the original. During the three phases of the song, the instruments faithfully follow Wood‘s text, which angrily shouts out scenes from his life as a couple whose daily banality has become unbearable. As we move on, the music intensifies, with strings and brass rushing the ensemble to the edge of chaos.

Moment of grace. Track X shows that the band is also able to produce a sensitive and melodic track where violin, saxophone and choir form a harmonious whole. A poignant moment that reaches its climax with Wood‘s almost romantic statement: « I told you I loved you in front of Black Midi ».

Opus closes the album the way it began, in agitation and exhilaration, with the great return of Klezmer flights driven by violinist Georgia Ellery and saxophonist Lewis Evans. There is something of Tortoise in this ability to deconstruct post-punk with the addition of rhythmic motifs from a variety of worlds. Both energetic and serious, Opus sounds the death knell of an era, or at least of something that will probably rise from its ashes: « What we built must fall to the rising flamеs. »

For The First Time is a remarkable record with a rare musicality, which will certainly become a reference in experimental rock. With such an exciting start, we can’t wait to hear the rest of this exciting young band in perpetual motion. 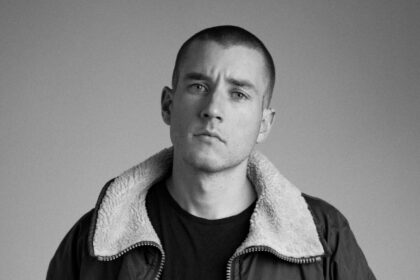 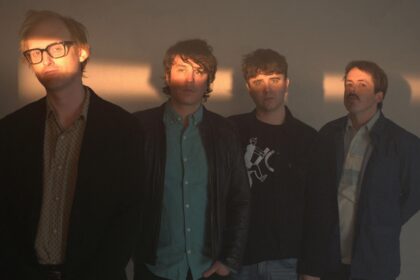 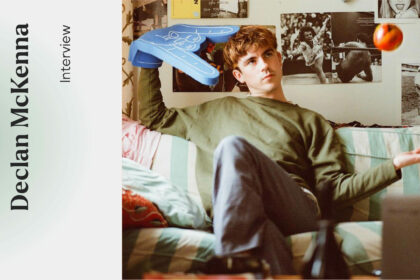 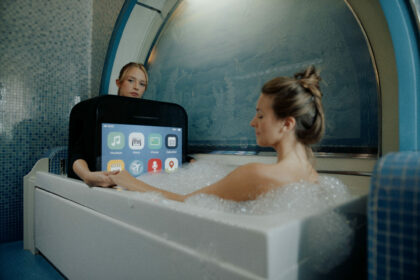 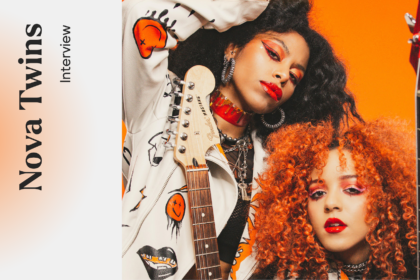 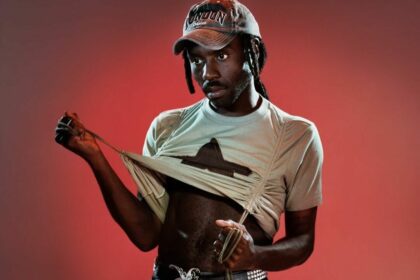 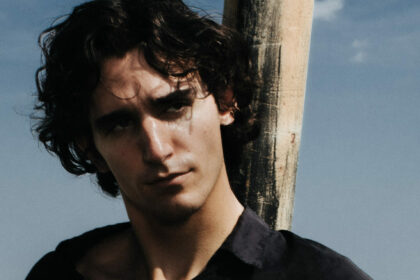 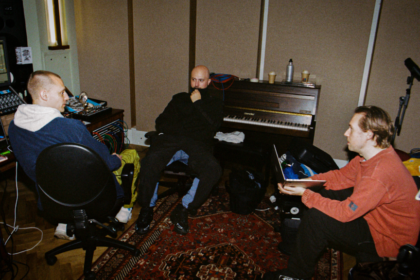