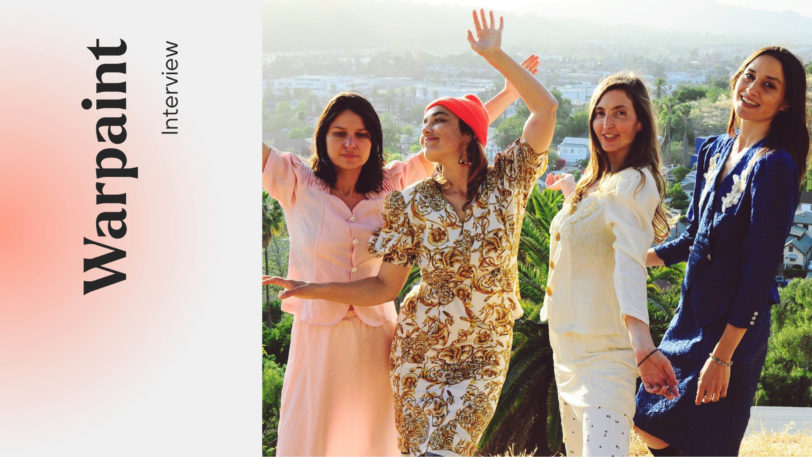 Together, they form one of the most creative and complementary rhythm section of the moment. This rhythm section, it is both Jenny Lee Lindberg and Stella Mozgawa, bass and drum players of Warpaint, key figure of the Californian music scene for almost 20 years. The two musicians answered our questions around a fresh drink on a terrace as their fourth album Radiate Like This was just released.

La Vague Parallèle : Hi Stella, hi Jenny! Thank you very much for having me. How are you?

LVP : You just released your fourth studio album, Radiate Like This. How do you guys feel? The album was highly anticipated. How was it received by the public?

JLL : I think it’s been received really well. Just from what I gather from social media, the way that I have access to those kinds of things, I think people are saying really nice things about it. I’m seeing a lot of people post different songs from the record which is making me really happy. There’s not just only two or three songs I’m seeing, people are digging all the songs so it’s really cool.

SM : They’re connecting with the whole, so we’re definitely relieved.

LVP : It’s been six years since the release of Heads Up. What have you been up to in the meantime?

SM : After 2016, we toured that record for about three years, so until 2019. That was pretty constant touring, we were doing other things at the same time but for the most part, we were still in that cycle. And then we started working on the record, probably in early 2019 and the first proper sessions with all of us were in summer 2019. Then we took another three years of touring and doing various projects individually but also writing, recording and trying to finish the album.

LVP : How did your other projects influence the creation of this record?

JLL : Personally, I would say that the music I make on my own is pretty different than what we do as a group. I think everybody’s projects are going to be significantly different. I think what makes our band pretty unique is that we have our own tastes and things that inspire us and we bring that to the table. I feel like Warpaint‘s music is a combination of all four of our musical tastes and inspirations. That actually ensures that we take from the band, we borrow from each other.

SM : I think we’re all building skills or finding out personal growth musically. We’re all growing individually as musicians and songwriters, doing productions… Those things then influence the collaboration when we all come back together and do things as Warpaint. I think that our individual growths inspire or influence the band.

LVP : The current sanitary context had a major impact on the creation of this record since it forced you to work separately. How did that experience goes? What do you keep from this experience?

JLL : It was good, very challenging. Well, it has its pros and cons, I think. It was nice to have the time and space for yourself to have a different intention than what you were planning to do. On the other hand, we missed being able to bounce off each other, get ideas, get some help, some feedbacks… Usually, when we are in the same room, we can get instant feedback. But the way we did for a little while was by e-mails, Zoom, terrible connection sometimes… Lots of technical difficulties ! But we did it. We did it and I’m very proud of us because it wasn’t easy. We did a good job.

LVP : The two of you are one of the most creative and complementary rhythm section out there. How did you manage to keep the alchemy without seeing each other? What was your place in the creative process of this album?

SM : We were very lucky that Jen and I did the majority of our recording together, in the studio. We had two sessions before the pandemic and we were expecting to finish the record in those two sessions, but there was a lot of additional work, especially vocals, toplines, melodies… But for the most part, Jen and I were done with our work before we went off into isolation.

I wonder how it would have sounded if we had to do an entire album that way, if we didn’t have the basis of the things we’ve done in a room together. We knew which way we were going by at least 60% there. So that was really helpful doing the band thing first. It would have been really hard for us to have done it remotely.

JLL : I think the combination worked in our favor for this album. The overdubs and vocals and the things that were left for the remote recording were just right. It happened the way that it had to. It was good for Emily and Theresa to have that time.

On previous records, the way that we recorded things, we always had to rush. This time, we took time for it and it ended up working in our favor. We were luckyyyy (laughs) !

LVP : Do you plan to work this way again in the future or are you guys going to be back together in the studio to jam?

SM : I would prefer to do it together, I just think it’s quicker. I also realized during the pandemic that I was doing a lot of random little sessions with people that I didn’t really know or have never met alongside the Warpaint stuff, like writing or production sessions. That process made me realize that I’m much more of a « in the room musician » and « in the room collaborator ». I like going into my own world and figuring things out but I much prefer being in a room with someone and getting excited about a sound and then going from there and then building upon that… That experience of making music resonates so much more with me personally.

LVP : What is paradoxical and beautiful at the same time is that on this album, you sound like a band and one musical unit more than ever.

SM : Yes, because we were lucky enough to have the history and the connection that we’ve been nurturing for over a decade now. It’s much harder when you don’t know someone and you don’t know their tastes to kind of guess those things from afar. Working within those boundaries and knowing what our boundaries and tastes are because we know each other so well is what makes that process easier and makes it feel more cohesive even if it’s done in this kind of separate environment.

LVP : This album seems to be dealing with some sort of spirituality and a certain peace of mind. Would you say that you found the perfect balance in your lives?

JLL : I think there’s been a lot of change, a lot of spiritual and individual growth, taking the time away from each other… I think it’s all reflective of our current state and it has a lot to do with everything.

LVP : I think you can feel that serenity in the cover of the album too. What inspired this cover?

SM : Jason, Emily’s partner, took it from a plane window, I don’t know exactly where. I remember when that image came to the table along with the album title, they felt really married in a way, well-matched. I think the album cover and title felt like a perfect reflection of the music that we made. It felt really appropriate.

It’s our first album cover that’s like a natural thing actually. The first one was a painting, the second one was a collage, the third one was very urban… This one feels like elemental, natural, open and valuable and all those things are really representative of the record itself.

LVP : Eventually, can you share a recent musical discovery with us? Or a book, a movie?

JLL : I’ve been to the movie theater for the first time in three years and watched The Batman. It was fun, I loved it. I was by myself, got some popcorn… I was very very happy. 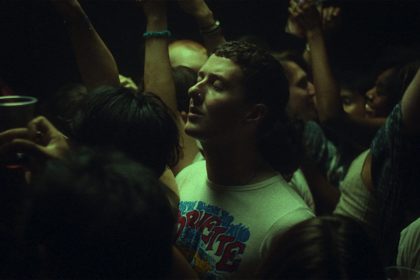 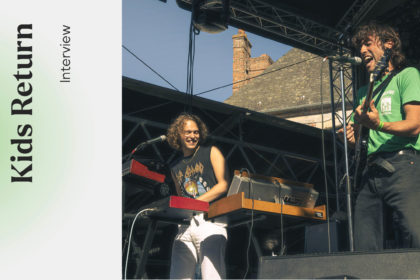 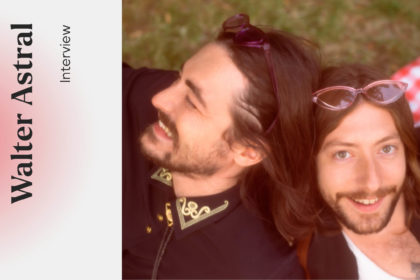 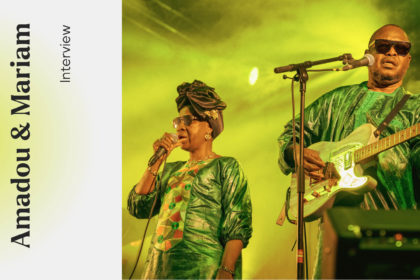 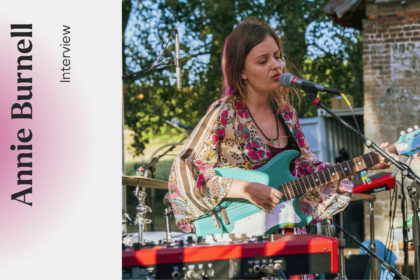 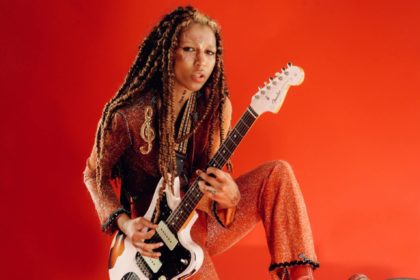 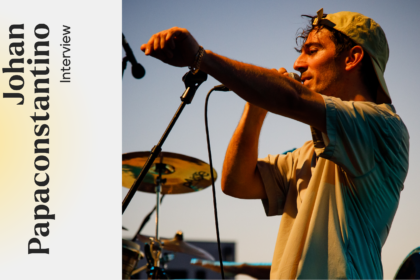 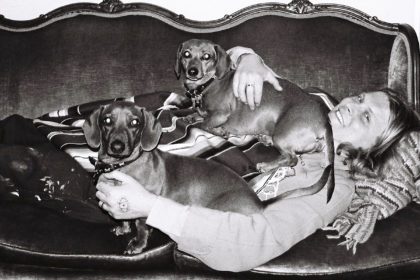